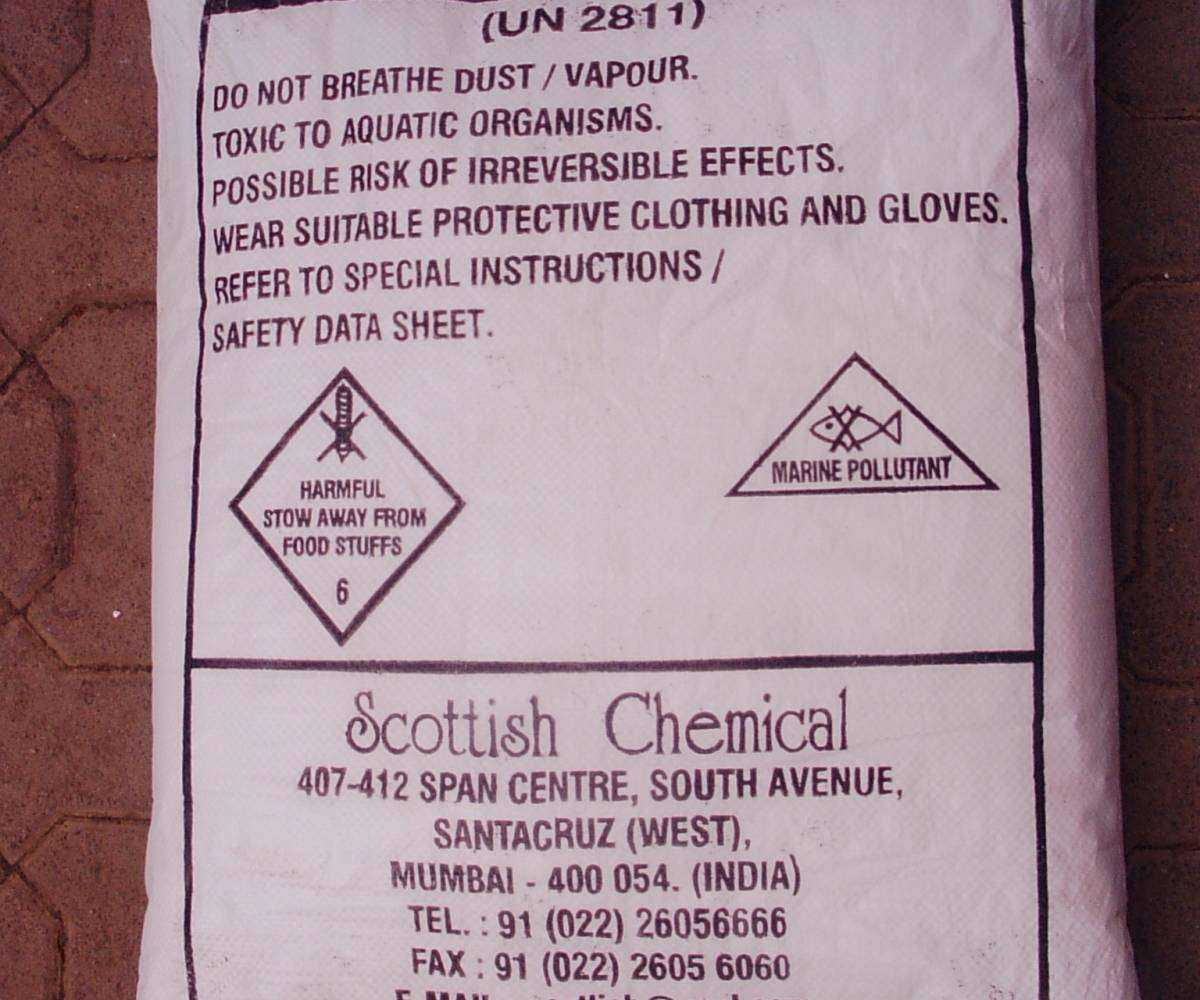 Quotation as per requirement

Hexachloroethane is a white to slightly off-white crystalline non-flammable solid which sublimes on heating . It has a smell somewhat resembling camphor. Hexachloroethane is virtually insoluble in water, but soluble in most organic solvents, such as trichloroethylene and other chlorinated hydrocarbons, ethyl alcohol, ethyl ether, benzene etc. Although generally an inert material, hexachloroethane is decomposed by red heat to perchloroethylene and chlorine. It does not react with dilute aqueous alkali or acids, but is decomposed by hot strong alkali. It reacts with finely divided metals such as calcium, magnesium, aluminium or zinc if a primer such as nitrate is used. This fact is utilised in smoke screen preparations. A large number of light alloys based on aluminium and magnesium absorb hydrogen when molten. Castings containing occluded gas are naturally weak. It is the practice therefore in the aluminium industry to degas the molten metal either by bubbling chlorine through the melt or by the introduction of hexachloroethane. In the latter case chloride is evolved by partial decomposition of the hexachloroethane at the temperature involved. The hexachloroethane can be introduced in pellet form in a specially designed holder or plunger. Hexachloroethane is an important component of smoke candles or grenades used for producing screening clouds or smokers. A mixture hexachloroethane with powdered metal, once started, undergoes vigorous reaction. Other materials are usually added to ignite the mixture and to modify the character of the resultant smoke. Hexachloroethane is also used as an anthelmintic in veterinary medicine, and as a moth repellant.

Other Products From The Seller 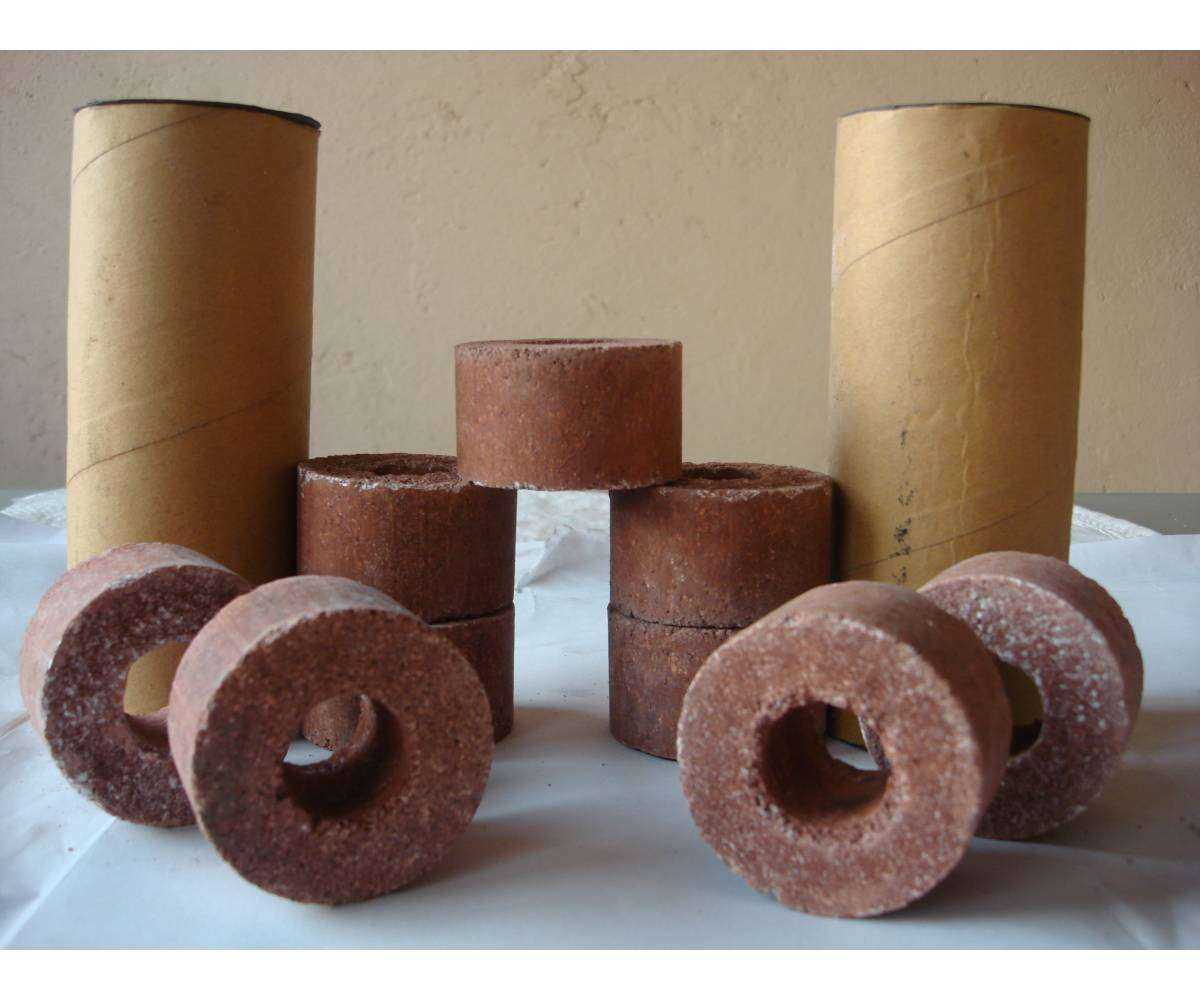 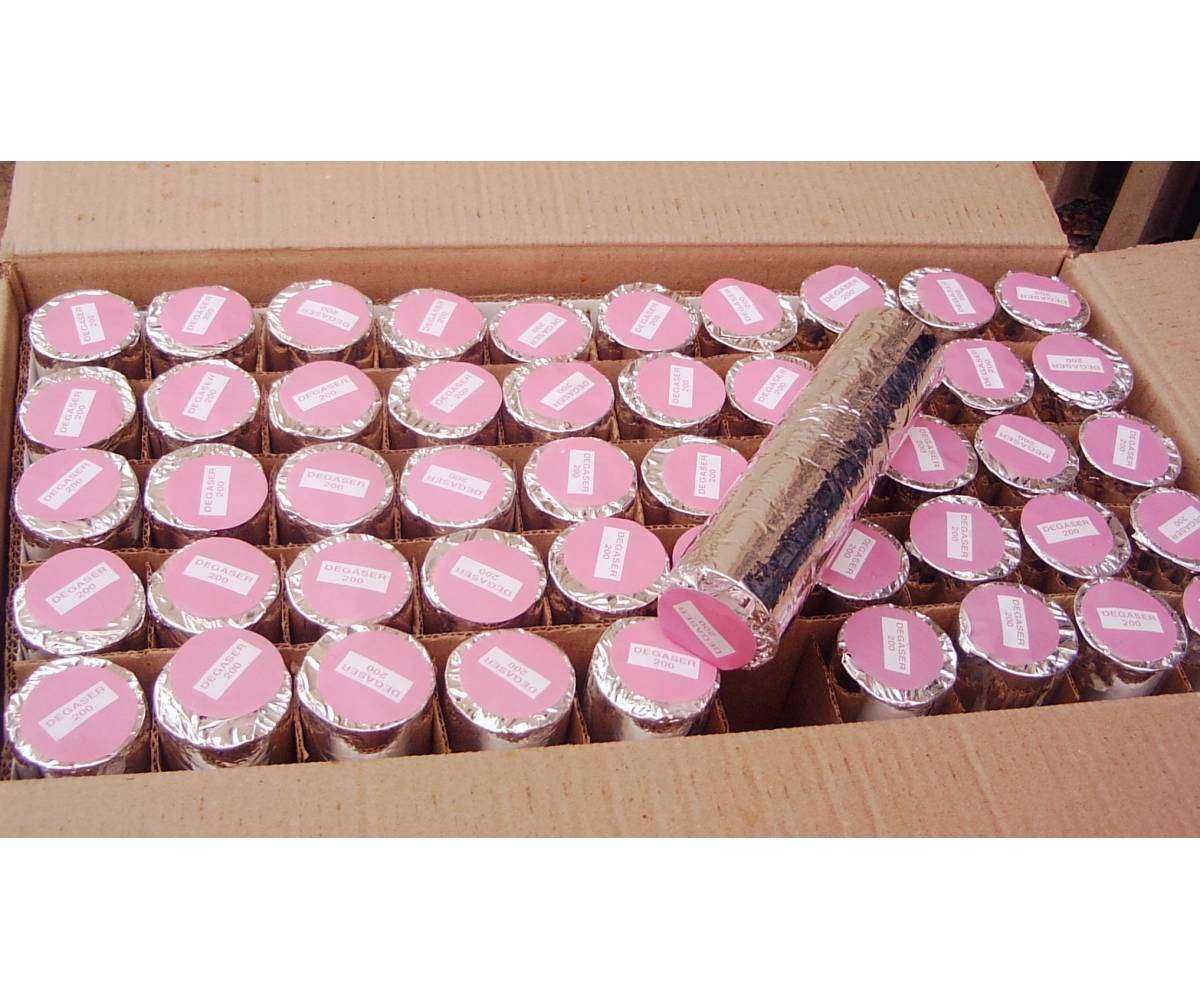