The Top Mergers and Acquisitions from Aluminium Industry in 2019

Let’s take a look at the top mergers and acquisitions in 2019 (so far).

"We are very delighted with this acquisition," said Dr. Rüdiger Terhorst, Managing Partner at PARTER Capital Group AG. "Together with the extraordinarily engaged teams in Avilés and La Coruña, we intend to build a positive and lasting future that includes great opportunities for the plants in renewable aluminium markets." 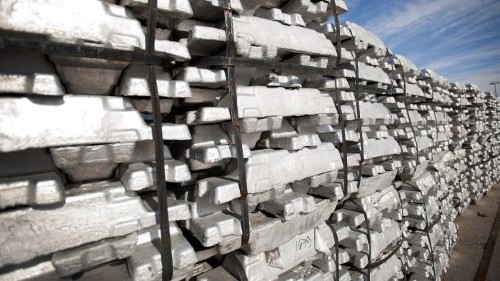 The Endurance Group in Europe now has nine manufacturing plants, of which six are in Italy and three in Germany. Fonpresmetal had been a preferred supplier for highly complex aluminum die casting parts to Endurance SpA.

Several other countries also witnessed new projects and developments in the aluminium downstream unit during January-April 2019. In Australia, AMAG officially commissioned the operations at its newly constructed cladding station in February, which forms part of the “AMAG 2020″ expansion project.

Mahindra CIE Automotive Ltd’s Board of Directors resolved to acquire the business of Aurangabad Electricals (AEL), based in Aurangabad, India, is a manufacturer of automotive aluminium die casting products, through acquisition of 100% of equity shares for an enterprise value of INR 8756 million, which includes a future deferred payment estimated up to INR 622mn. This acquisition allows MCIE to enter the aluminium die-casting technology.

Sanjeev Gupta’s GFG Alliance announced the acquisition of two vehicle components suppliers in French. Through its industrial business Liberty, GFG has become the owner of Saint Jean Industries Poitou and Fonderie du Poitou Fonte. The acquisitions are an extension of GFG’s strategy for enlarging and diversifying its presence in the French Industrial sector.

STAS Inc., a high-technology equipment supplier for the global aluminium industry based in Chicoutimi, Quebec, Canada, acquired SERMAS Industrie, located in St Quentin Sur Isère, near Grenoble in France. Through this acquisition and the implementation of broad synergies, STAS wishes to realize its vision of becoming a key player for the aluminium industry by offering turnkey, reliable and robust solutions to its customers: aluminium smelters, rolling mills, extrusion plants, forging plants, recyclers, distribution centers and the carbon industry.

Keith Gilbert, Andrew Spiers and a cross-service team at Freeths LLP have announced the acquisition of Harrison Castings. Harrison Castings Ltd is a specialist manufacturer of aluminium casting components in the UK. The company manufactures raw or fully machined aluminium sand castings and aluminium gravity castings in Leicester, employing 95 staff. The company produces over 1,500 tonnes of aluminium sand castings each year. After 108 years of family ownership, Managing Director Mick Jenney and his co-directors Carly Kicks, Adrian Burton and Lee Webster have led a management buyout of the company.

Takeovers to watch for in 2020

Glecore is one of the companies that have shown interest in buying Rio Tinto’s aluminium assets in Iceland, Sweden, and the Netherlands for up to $350 million, according to the Reuters report. Rio had started the assets sale process in late 2018 with the help of French investment bank Natixis after Norsk Hydro withdrew itself from buying them Glencore reportedly buys aluminium from all around the world at a total of about 3 million tonnes or 10 per cent of supply outside the biggest producer China.

The proposed acquisition of Aleris by Novelis has been approved by the European Commission under the EU Merger Regulation on condition that Novelis would sell Aleris’ aluminium automotive body sheets business in Europe. Novelis is expected to close the deal of the acquisition of Aleris Corporation by January 21, 2020.

But currently the company is facing an anti-trust lawsuit in the US over its proposed $2.58 billion purchase of Aleris. The lawsuit was filed by the US Justice Department because of the concern over higher prices of aluminium sheet used for making cars. In the lawsuit, the justice department had described Aleris as an aggressive competitor and said the deal would give Novelis up to 60 per cent of the projected domestic capacity.

The Australian firm Pure Alumina Limited is on track to acquire Canada-based Polar Sapphire that owns one of the world’s most efficient and effective processes for making high purity alumina (HPA). The deal is a company-maker for Pure Alumina, planning to become the lowest-cost producers of 5N HPA in the world.

Polar Sapphire is already operating a pilot plant in Canada that has produced sufficient quantities of HPA for supplying to its growing customer base as well as for product development.

Metalsearch will pay US$50,000 non-refundable deposit to Abercorn followed by cash and Metalsearch shares. The agreement also includes deferred payments once key performance-related milestones are achieved.

PMBT and its group of companies are principally involved in the manufacturing and trading of aluminium extrusion, fabrication of aluminium curtain wall and cladding systems and other aluminium related products.

PMB (Klang) also signed a conditional agreement with PMBT for the proposed acquisition of the entire equity interest in PMB Aluminium Sabah for a cash consideration of RM1.2 million.

Founded in 2019 and based out of Singapore, AlCircleBiz is the world's 1st online B2B marketplace for the global aluminium industry, connecting businesses. One of the biggest USPs of AlCircleBiz is – it covers the entire aluminium value chain i.e., from - raw materials and consumables, primary aluminium, equipment, aluminium products, scrap, technology, service providers – bringing everything under one roof.

When you register on AlCircleBiz, you can post business leads, get to explore all listed products and services and can send enquiries directly to the sellers. When you onboard as a registered seller, you can list unlimited products/services to get new customers & grow your business in the domestic as well as international aluminium industry.

SURPLUS, a unique feature of AlCircleBiz, to help you sell any unused assets, with customized and dedicated marketing to attract immediate customer needs. If you have any unused product, raw materials, scrap or used equipment or machinery and you want to sell it off, then you can get verified enquiries from potential customers by availing this SURPLUS feature.

Both sellers and buyers can post business leads for any specific requirements & can choose to respond to other active business leads.

Post Buying and Selling leads at AlCircleBiz is easy, fast & super affordable! We follow an authentic online method of reaching a niche audience and once you have posted a lead, you can get an unlimited number of responses against your lead. These business leads cover the entire aluminium value chain that includes Raw Materials and Consumables, Primary Aluminium, Machinery and Equipment, Aluminium Products, End User, Utility and Services and Surplus Products.

The in-house team of experts at AlCircleBiz is trained to check and verify the authenticity of online presence of all their registered sellers and business leads, hence you get a list of reliable product suppliers and only verified leads.

Registration on AlCircleBiz is FREE. With Registration, you get the following benefits -
- Explore AlCircleBiz platform to get connected with global sellers and buyers
- Check out all products/services & send unlimited enquiries directly to the sellers
- Post unlimited buying and selling requirements as Business Leads
- Get responses from potential customers against your posted Lead (First 10 responses in one year are free)
- Check out other active Business Leads and respond directly to the clients at No Cost - Unlimited Responses

If you onboard yourself as a registered seller for FREE, you get the following additional benefits
- Get free company profile page on AlCircleBiz website
- List unlimited number of products/services
- Get enquiries directly in your Inbox from potential clients (First 10 enquiries in one year are free)

We also have many paid offerings - like MyBiz, Surplus, Advertisement Solutions etc.